Are you looking for a way to contour the conductance of drainage areas in your groundwater model? If you have a large regional model containing areas with a dense drainage network (ditches, tile drainage, etc.), you can scale up this to represent a diffused drainage system. When doing this, there are not only single ditches simulated with the drain (DRN) package, but whole areas. Using GMS, you can create a contour of these drainage areas. 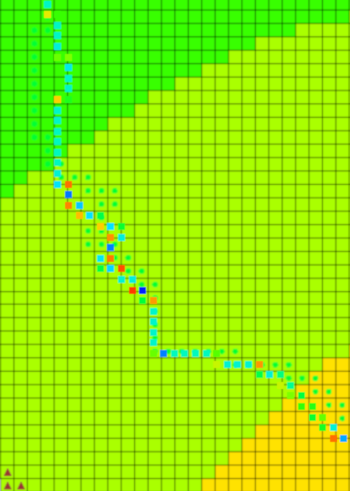 To create this contour, use the following workflow:

Completing this workflow should cover all the drain points within the MODFLOW project. Try out contouring drainage areas in GMS today!

Do use a shapefile for stream arcs in WMS, do the following: 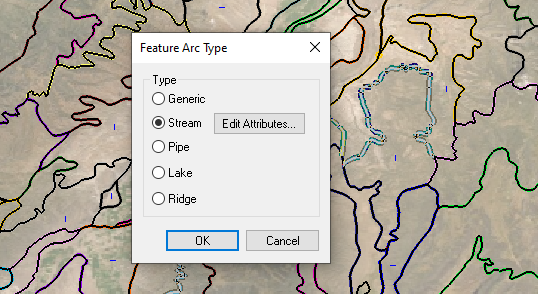 After creating the stream arcs, it is recommended that you review the streams to make certain the streams going in the right direction. Use the display option to see the stream arc direction and use the Reverse Direction command to change the direction of arcs.

It is also recommended that you carefully review the arcs that were mapped over to the drainage coverage. Delete any unnecessary arcs and clean up the arcs to improve the performance of the model. It is recommended that stream arcs be merged together except in locations where they branch or where a subbasin is meant to start. Merge arcs by changing a node to a vertex.

Shapefiles can help you build your watershed project in WMS quickly Try out creating stream arcs from shapefiles in WMS today!

Among all the tools currently available, the Compute Derivative tool has been added to the Temporal tools in the Dataset Toolbox. In a previous blog post we discussed the other temporal tools if you want to review the function of those tools. The Compute Derivative tool allows you to create a new dataset showing the change from one time step to the next, or the derivative from one time step to the next of an existing dataset.

To access and use the Computer Derivative tool, do the following: 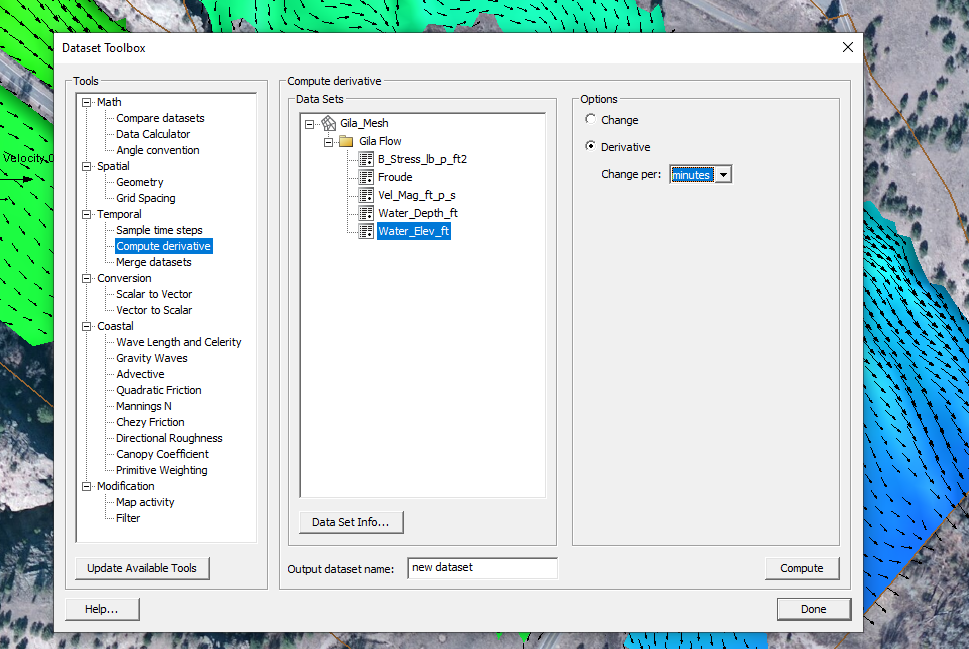 The new dataset generated from the Computer Derivative tool will output data in between the existing dataset time steps, resulting in one fewer time steps than the original dataset.

The Compute Derivative tool is only available for data that is in the 2D Mesh module or the UGrid module. Make certain that you have your dataset included in one of these two modules. If you have your dataset in a different module, you will need to interpolate it over to a 2D mesh or UGrid (unstructured grid) before using the Computer Derivative tool.

Try out using the Compute Derivative tool in SMS 13.1 today!

To fix this issue, the correct projection needs to be set for the boreholes. This is done by doing the following:

With the correct projection set, the boreholes should line up with the project data.