Importing a Shapefile to the DRN Package

If you have a shapefile with drainage data, it can be used for the DRN package in your MODFLOW simulation. This is done by using the following workflow: 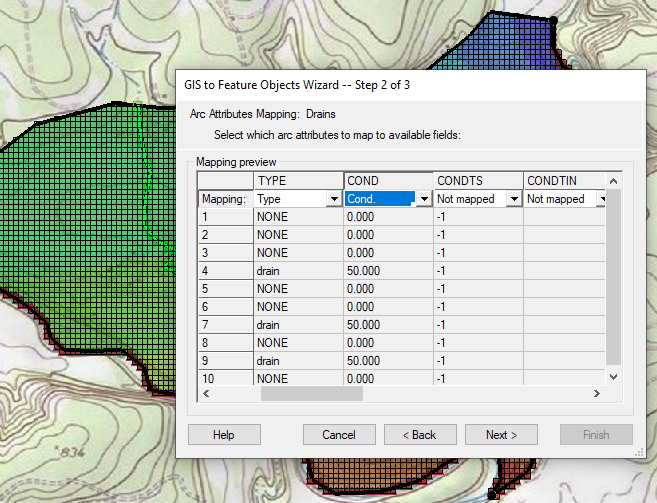