Here are a couple ways DEM elevations can be edited in WMS: 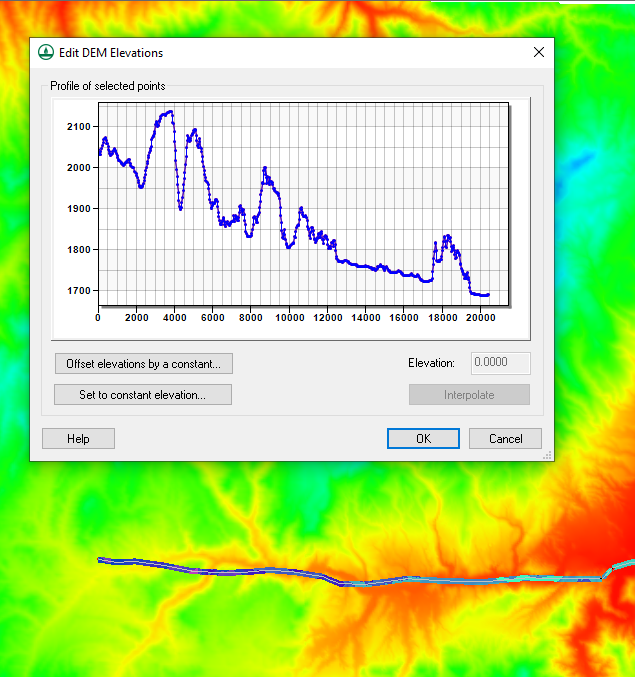 In the Edit DEM Elevations dialog, you can change the elevation of the DEM along the arc. This can be done by selecting and changing elevation points on the arc in the profile window. For editing all of the elevation values along the arc, the dialog provides the following options:

Using these tools makes adjusting the elevations of DEMs easier. Try them out in WMS today!