New Features to Check Out in WMS 11.1

Aquaveo is pleased to announce the release of the Watershed Modeling System 11.1 Beta! With this release, WMS contains changes and improvements to some of the features. If you have already downloaded WMS 11.1 beta, you might have already noticed some of the changes. We'd like to highlight a sampling of some of the new functionality you can expect to find in WMS 11.1.

A lot of the GIS module functionality has been made to perform faster. This includes performing GIS parameter computations directly from shapefiles, performing shapefile to feature object conversion, and displaying large raster files. Also added the GIS module, through the new Online Maps feature, there has been an addition of Web-based Google tile map services that can be displayed as background maps. Improvements have also been made to the list of many potential online sources that can be used as data sources for the online maps. There have also been changes to the display and operations on images and raster files of various types. 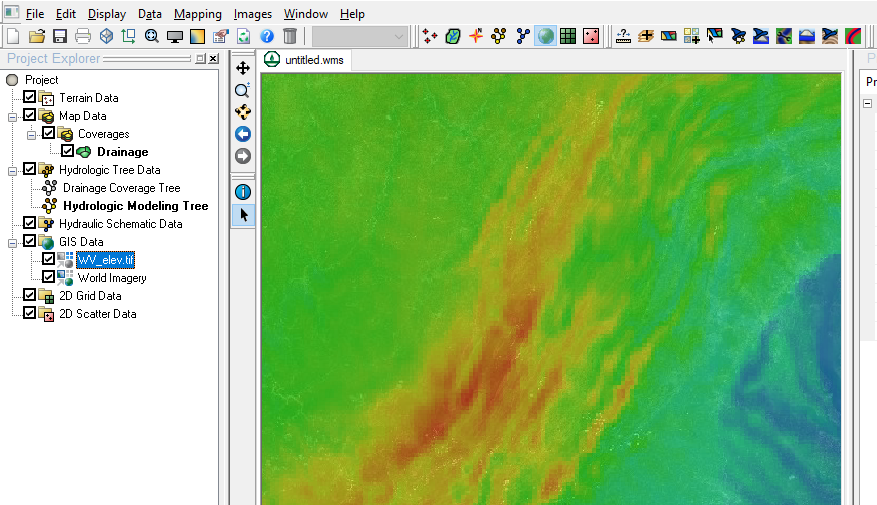 The capabilities of GSSHA model implementation have been expanded within this new release. These include the ability to view multiple scenario hydrographs in a GSSHA solution and the added capability to run calibration on Richard's Equation parameters within GSSHA.

More options have also been extended when it comes to the Map Data module. A new Extract Features tool allows users to directly convert raster data to stream and ridge/embankment centerlines. In addition to new tools, the Map flood tool has added an option to use local shapefiles that can be used when web service data are not available, where those shapefiles can be used for Base Flood Elevations and floodplain boundary polygons.